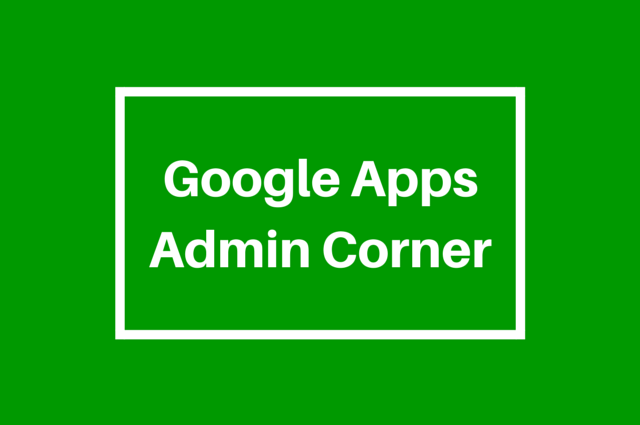 Google has released a few important updates for Google Apps for June. Below is a digest of some key updates and information to efficiently and effectively manage your GAFE domain.

Admins can migrate their employees’ contacts from Microsoft Exchange (2007 and above) and Microsoft Office 365 to Google Apps directly from the Admin console, without needing to install and configure any client tools.

What admins should do Now:
Check out the Help Center for more information on getting started.

For Google Apps admins who manage Security Keys for their domains, new controls to easily deploy, monitor and manage these keys are now available on the Admin console.

The option to revert to the old Drive UI via the Settings drop down will no longer be available for all Google Apps users with the full launch of the new Google Drive web UI this July 7, 2015.

What admins should do now:
The new Drive UI does not work with older unsupported browsers, so it’s important to upgrade to a supported browser to ensure continued access to Drive.

For users who are still not familiar with the new Drive web interface, training may be necessary.

Latest version of Google Drive app for Android and iOS

A new mobile app version for Google Drive is available for both Android and iOS devices. The latest version of Google Drive app for IOS features a new material design, faster syncing with Google Drive for web, improved image viewing and scrolling as well as a swipe gesture to go back while the latest Android release will include the following features: 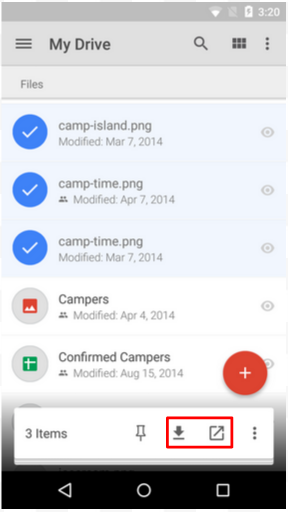 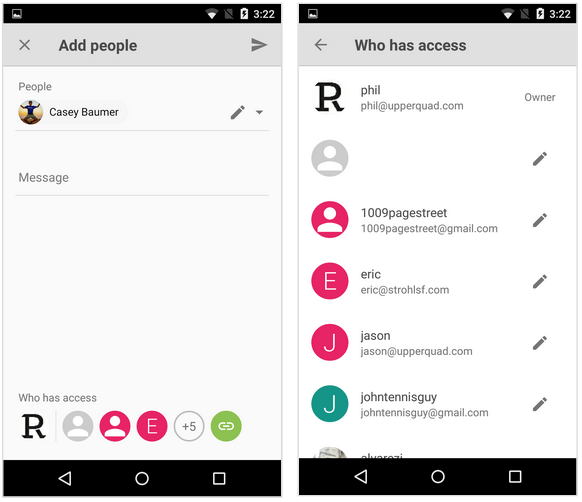 What admins should do now:
Make sure to relay changes to users. Explain the new features when necessary and feel free to use the screenshots above.

Customization coming to the App Launcher

Google has removed the Google+ profile link from many of its web properties and has introduced a new version of the Google App launcher. A fourth row of icons will be added to the app launcher window to enable users to quickly launch more apps. Note however that the combination of apps featured may vary depending on product availability in a person’s country. 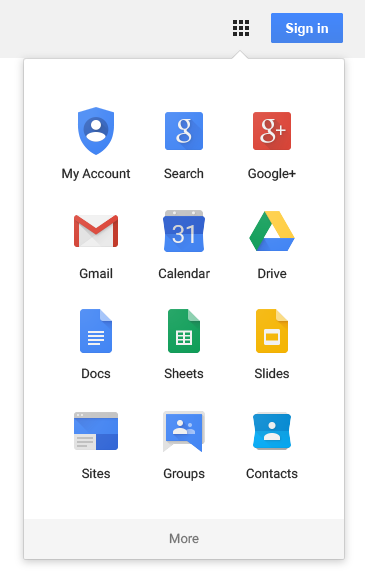 In the coming weeks, Google Apps customers will be able  to customize the App Launcher by moving icons between rows and screens making it easier to access frequently used apps. More information to be released soon.

What admins should do now:
No admin configuration changes required. Make sure to relay information to concerned users.

Now, Google has enabled larger images, images in less common formats (TIFF) and/or (CMYK),  be imported to and exported to from the Google Docs editors on the web successfully. Compatible image types here.

What admins should do now:
No admin configuration changes required. Make sure to relay information to concerned users.

June saw a lot of changes for Google’s spreadsheet service. First, working on the go is made easier as users can now insert images into Sheets even when they’re working offline (working in Chrome and turned on offline access). Images will then be synced once the person gets back online.

The generated URL for the published spreadsheet, when opened in a browser, will  automatically download the spreadsheet in the chosen format.

Other improvements Google made to help people work with raw data better includes the below capabilities:

Learn more about these changes.

What admins should do Now:
No admin configuration changes required. Make sure to relay information to concerned users.

Your phone or tablet can now share presentations on any screen with Chromecast or AirPlay. While presenting on a big screen, you can use your smaller screen to advance slides, view speaker notes and stay on track with a timer.

What admins should do Now:
Learn about viewing, creating, and casting presentations on Android or iPhone/iPad here.

Attachments in Google Calendar, now a full feature plus improvements to iOS app

Formerly a labs feature, event attachments are now a full feature in Google Calendar web. Attach meeting notes, presentations, or any other relevant files from Google Drive to events and make them available for all event attendees.

Moving forward, the ‘Add attachment’ link will appear in all Calendar events except for those domains whose admins have disabled Google Drive.

For the Google Calendar iOS app, new improvements such as 7-day week view, add attachments to events, ability to directly email guests or open a map from an event notification, and option to show week numbers in “Settings” have been added.

You’ll also notice, in Calendar app for iPhone, that access to all available views (Schedule, Day, 3 Day, Week) has been moved from the overflow menu into the navigation drawer.

What admins should do Now:
See basic Google Calendar troubleshooting through this link.

Screen sharing with Google Hangouts is now even better with the launch of “full view” screen sharing option. The shared screen area will use as much visible area of the screen as possible by overlaying the thumbnail photos of hangout participants at the bottom of the screen by default. A new button will be added to Hangouts control bar so participants can easily hide these thumbnail photos as desired.

What admins should do Now:
No admin configuration changes required. Make sure to relay information to concerned users. Check out Google Help Center for more information.

Undo Send for Gmail on the web graduates from labs

‘Undo Send’ has been added as a formal setting in Gmail on the web. This allows people using Gmail to cancel a sent mail if they have second thoughts immediately after sending. The feature is turned off by default for those not currently using the Labs version, and can be enabled from the General tab in Gmail settings.

What admins should do Now:
No admin configuration changes required. Make sure to relay information to all users.

Google adds more flexibility for Apps admins when using inbound mail gateway servers. To accommodate more complex network architectures, customers can now have multiple server systems upstream from Gmail and an upstream system can now tag messages as spam in the header, which Gmail will honor, allowing for full delegation of spam filtering to a third party solution if desired. 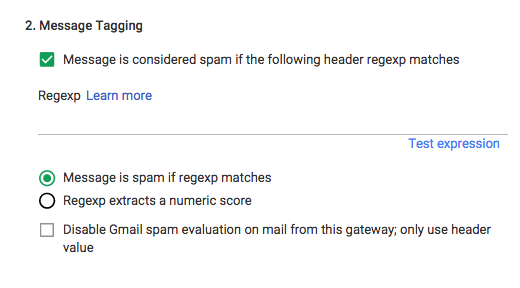 What admins should do Now:
Check out the Help Center for more information on these new features.

Drive for Work and Google Apps for Education admins are able to p analyze and monitor the use of Google Drive content in their organizations with the release of download event support in Google Drive audit logs. Download events will cover file downloads for Google and non-Google file formats. Admins will be able to filter on download events and combine that with other filtering criteria like document name, user name and timestamp

What admins should do Now:
Check out the Help Center for more information and notes on download event support.

Other Security Improvements or Updates for Google Accounts

The latest update of the Google Apps Password Sync 1.4 is released to fixed an issue where, after failing to retrieve the email address attribute for an account from Active Directory, GAPS silently crashes. Learn more.

For those who use the Gmail Android app to access non-Google accounts such as Yahoo and Microsoft emails, you can now enable Google security features such as two-step verification and account recovery. Make sure to get the latest version of the Gmail app on Google Play to take advantage of these features. Learn more.