Check This Out: Really Cool Way for Kids to Learn About the Insect World

Editor’s Note: Are you a Science or Biology teacher looking for an interactive and fun way to introduce to insect world to children? +Scott Montague of BlackholeCollections.org shares with us a amazing 3D Insect app that integrates with Google Classroom. Learn more about it below!

Kids love bugs! Their fascination can be used like a spoonful of sugar to make the lesson go down. Over twenty different species of tiny wildlife can be found in every backyard. They destroy (eat) crops. They pollinate (help grow) one out of every three bites that humans eat. Bugs are very close to the bottom of the food web, where salmon eat bugs (fly fishing) and then humans eat salmon. Birds eat frogs that ate flies as adults and mosquito larvae as tadpoles. Raccoons eat fruit pollinated (provided) by bugs. Bugs decompose matter back into dirt. Bugs are hiding almost everywhere and are really important!

This new 3D insect library uses Google Maps and Google Classroom to allow students to learn how to identify a dozen common bugs and then apply that knowledge at home to find examples in their own backyards.

Within their private Google Classroom group, students mark bug sighting locations on a map and work together to virtually collect as many as possible. As time goes by, the Google Map shows where other classes have spotted each bug in different parts of the world.

Students can spin an ant around, zoom-in on its head, take some measurements, then apply math lessons to calculate that an Ant’s brain is 1,000,000 times smaller than a human’s, yet they wiggle their toes, eat, some fly, war, communicate, procreate. What are humans doing with all those extra brain cells…?

The fully interactive 3D content runs within a standard Chrome browser on any desktop, laptop, tablet, or phone, and can be easily assigned to your class using the Share with Google Classroom button.

With a bit of creative perspective, bugs can be applied to many different subject lessons:

Other interesting facts on bugs

Contrary to what many people think, honey bees are actually not the only insects that pollinate crops. Moths, flies, butterflies, beetles, solitary bumble bees, all make significant contributions to growing fruit by spreading pollen. Humans spray a lot of pesticides into the environment as a proactive measure against bugs, rather than a much less frequent reactive situation to an approaching infestation. There is great potential for communities to help identify and track bug sightings.

Using a tool that helps correctly identify which bug you saw in your garden is the first step to tracking migration patterns. The climate is warming and bugs will soon play a new part in North American’s lives and other countries around the world. The Zika virus, spread by mosquitoes, is a good example. Migration patterns northward can also provide tangible evidence to the effects and rate of climate warming.

An important lesson is that bugs can kill. One of the most deadly organisms on the planet is the mosquito. In 2013, an estimated 437 000 African children died before their fifth birthday due to malaria. Lyme disease spread by Ticks can be devastating. Chagas disease is spread by an Assassin Bug’s bite. What different moments in history have been plagued by insects?

Bugs are surprisingly important to economies. The Mountain Pine Beetle has decimated forests in Canada, the Goldspotted Oak Borer destroys trees in California.

Consider using the 3d insect library to creatively inject energy into less exciting curriculum so that students can visualize a real application of the lesson. The bonus is, they are reminded of what they learned every time a real-life critter buzzes by. 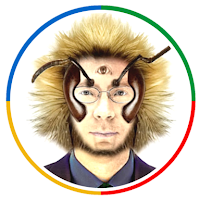 Scott Montague is a mechanical engineer who was inspired by great teachers to pursue a career in science. He was encouraged to take things apart and ask… Why was this made this way? What other things could be created that look similar? Many of these small pieces of knowledge eventually enabled him to design Model Airplanes, Bicycles, Brain Activity Imagers, Industrial Laser Printers, Robotics, and High Definition Insect Scanners.

His biggest regret was not being exposed to insects in school to learn how different bug wing shapes could have been applied to designing a better airplane, or exoskeleton inspired robots. Scott Montague can be found actively digging up fun applied knowledge on Google Plus that can be re-shared to inspire young future engineers.

Any cookies that may not be particularly necessary for the website to function and is used specifically to collect user personal data via analytics, ads, other embedded contents are termed as non-necessary cookies. It is mandatory to procure user consent prior to running these cookies on your website.